We are glad to announce that the following article has just appeared in the June 2022 issue of Laser Focus World:

Laser Focus World has an outreach of ~95k subscribers.

The article was written by a professional journalist (Andreas Thoss) and motivates the biological research of our project, mentions all project partners, and has a focus on the Nanomaterials Article of Anja Richter and Gerda Buchberger et al.

How spiders catch prey and what we can learn from it

Spiders can be found almost everywhere in the world. They are one of the most species-rich groups in the animal kingdom and important predators in an ecosystem. Though there are occasional reports of spiders feeding on vertebrates, the typical prey of a spider are insects. Most of them are captured by web structures, made out of the famous silk of spider.

Spider silk is produced in the abdomen of the spider and extracted from the spinnerets. In contrast to “Spider-Man”, spiders typically cannot eject silk, but the silk has to be extracted, e.g. by attaching the silk to one spot and then moving in space. Some spiders also can grip fibers with their feet and thus extract silk fibers, others even have combs brushing over the spinnerets to extract the silk.

Such a comb is found, for example, in cribellate spiders like the feather-legged lace weaver (see image 1: feather-legged lace weaver wrapping prey). In contrast to ecribellate spiders, for example the typical cross spider found in many gardens of Europe, which are using glue to capture prey, cribellate spiders are producing sticky nanofibers. They extract up to 40.000 10 to 30 nm thick fibers from the eponymous cribellum, a spinning plate close to the spinnerets. To be able to handle such a bunch of extremely fine nanofibers, the cribellate spiders use a comb, the calamistrum, on their hindmost legs (see image 2: ogre-faced spider combing out silk for its web). This comb has some special features, e.g. non-adhesiveness towards the nanofibers of the spider. Thus, cribellate spiders can add a sticky capture spiral out of nanofibers to their nets, which interacts and captures the prey very effectively, without sticking to the spider itself.

Why the calamistrum is non-adhesive towards these fine nanofibers is still elusive and the clarification of these properties, as well as its technical abstraction for technical nanofiber processing, is the aim of the project BioCombs4Nanofibers. 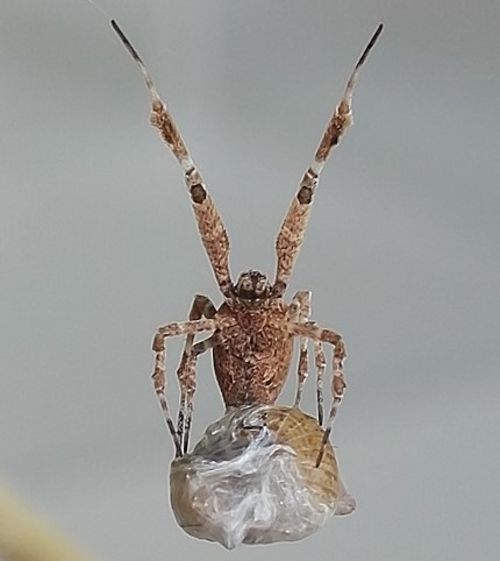 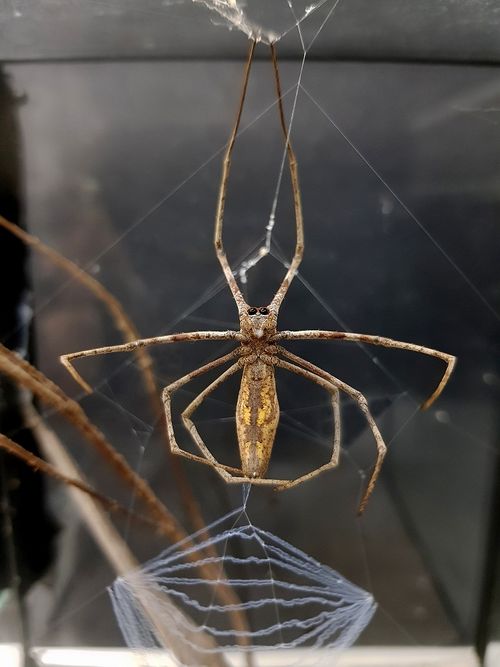