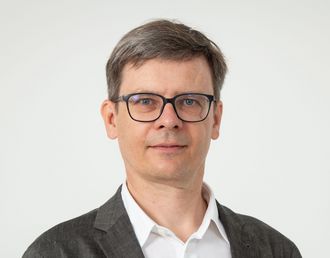 Visting Professor at the Vienna University of Economics and Business

Member of the Standing Field Committee for Population Economics

We analyze earnings volatility, labor market volatility, and earnings mobility in Austria using administrative tax records. The tax records contain information from about 143 million pay-slips for the years 1994—2012. They can be matched with data from the Austrian Social Security Database (ASSD) (Zweimüller et al., 2009). The project focuses on three main questions, how individuals’ earnings and labor market attachment vary over time, over their lives, and how their social position affect their children’s outcomes. The answers to these questions are of immediate relevance for both a deeper understanding of how labor market dynamics impact our society and for informing policy debates.

Laboratory experiments show that women differ from men in their risk-taking. This difference can potentially explain other differences between women and men, for example, in labor market performance. However, risk-taking is rarely analyzed in the field because typically only chosen strategies are observed (and, in contrast to the lab, no alternative strategies). We analyze the risk-taking of professional male and female athletes during competitions where we distinguish between        more and less risky choices. We analyze situations which differ in competitive pressure as athletes might choose more risky strategies in more competitive situations.

DETERMINANTS OF THE GENDER WAGE GAP IN AUSTRIA:

together with Christine Zulehner, Klemens Himpele (Statistik Austria), Hedwig Lutz (WiFo) and Helmut Mahringer (WiFo). This project was funded by the Jubiläumsfonds of the Austrian National Bank (grant number 12975).

We construct a new unique data set from existing survey and administrative data, namely data from the Austrian micro-census and from the Austrian social security records to analyse the effects of the employment history of individuals on the gender wage gap. We investigate the influence of actual job experience, maternity/paternity breaks and household composition on the gender wage gap, building on earlier work (Böheim, Hofer, and Zulehner, 2007).

together with Ulrike Mühlberger and Andrea Weber (funded by the Jubiläumsfonds of the Austrian National Bank, grant number 11090). We explore the dynamics of flexible work arrangements and investigate whether or not flexible work may be a tool to integrate individuals into the labour market. Our main research questions are the following: Does flexible work enhance the chances of regular work in the medium-term? Do workers in flexible contracts suffer wage penalties after switching to regular employment?

We look at labour market transitions and medium-term wage penalties of part-time and marginal workers as well temporary and agency workers, comparing four different European countries (Austria, Germany, Italy and the UK). In contrast to most research output in this area, we go beyond a short-term, cross-sectional analysis, providing a comparative and dynamic view of the consequences of flexible work for employees.