Droplet-based microfluidic devices are now being successfully applied to studies in microbiology, detection and identification of pathogens, biotechnological applications and antibiotic susceptibility testing. In such systems, droplets are generated at rates up to several kHz and further carried and processed on the device. To perform a targeted analysis on the device, droplets undergo a number of unit operations (e.g., diluting, mixing or splitting) in a fixed and predefined order, which limits the flexibility and reusability of a microfluidic device.
Recently, microfluidic networks have been introduced as a new research field, which aims at realizing programmable and flexible microfluidic devices- a concept inspired by the conventional computer networks. In such systems, multiple Lab-on-a-Chip devices, each performing a different unit operation, are interconnected in a microfluidic network through a microfluidic switch. Using the microfluidic switch, it is possible to perform unit operations in arbitrary order, leading to programmable and flexible microfluidic platform that can be used for multiple applications. 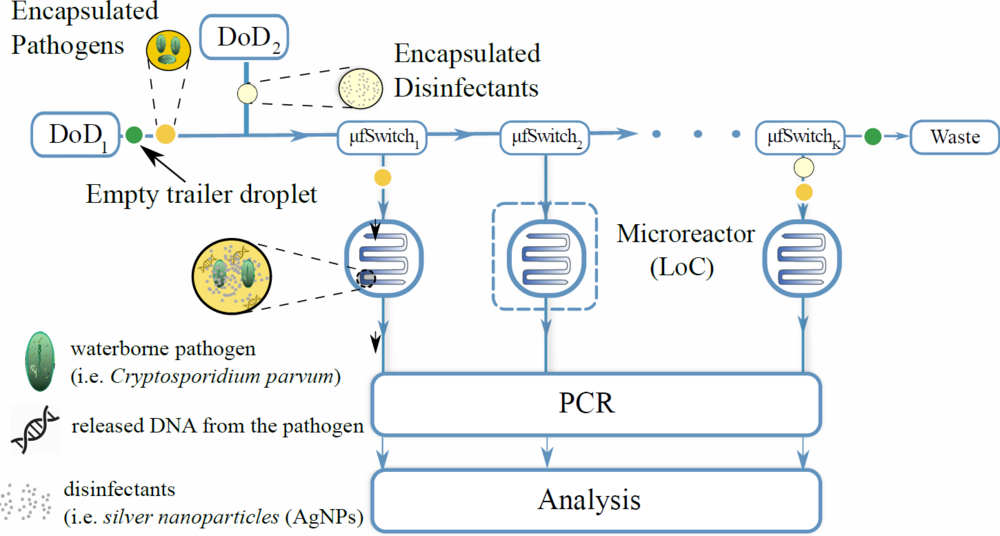 National and International Partners of our Research