Institute for Comprehensive Analysis of the Economy

The institute for Comprehensive Analysis of the Economy was founded in fall 2009, approximately one year after the outburst of the economic crisis.  Consequently, investigating the causes and consequences of the economic and financial crisis as well as its cultural and political implications are some of the main research topics at the institute.

The institute for the Comprehensive Analysis of the Economy understands economics as a social science. Hence, an interdisciplinarity approach to research and theoretical as well as conceptual diversity and openness play a significant role in our work. Our research does not only consider ideas and perspectives of mainstream economics, but also integrates concepts and methods from other scientific disciplines – such as sociology, management studies or political science – and alternative approaches to economics. The latter encompass contributions to socio economics and heterodox economics by scholars such as Max Weber, Joseph A. Schumpeter, John Maynard Keynes or Karl Polanyi.

With its explicitly interdisciplinary and pluralistic approach, the Institute for Comprehensive Analysis of the Economy aims to mimic the approach methodological tradition of Kurt W. Rothschild, who died in 2010 and has served as one of Austria’s internationally most renown economists in the 20th century. 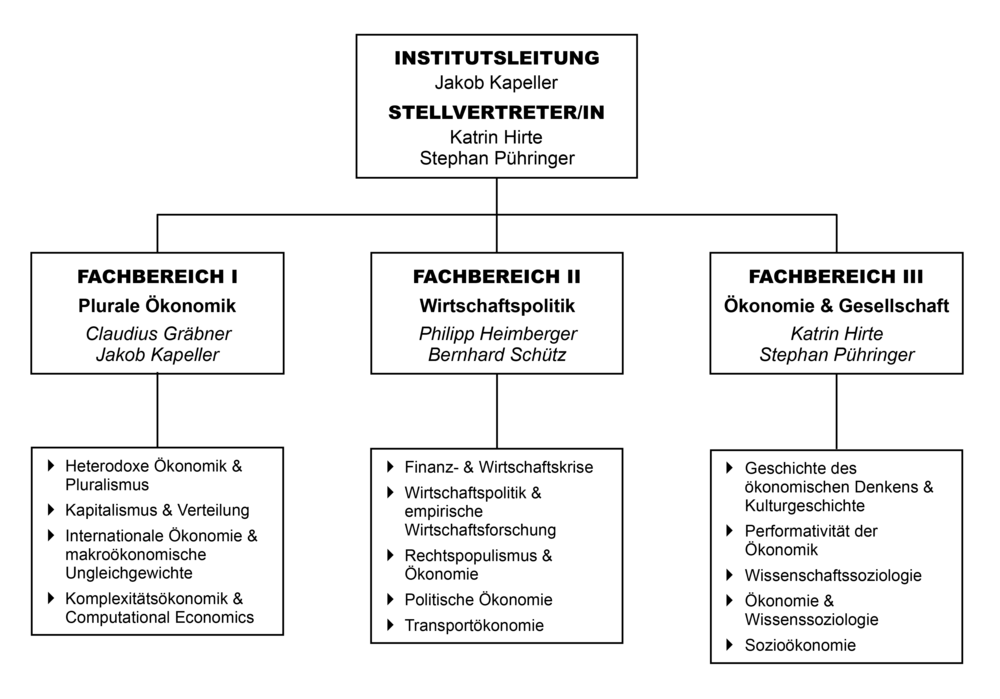 „„Plurality of paradigms in economics and in social sciences in general is not only an obvious fact but also a necessary and desirable phenomenon in a very complex and continually changing subject.““
Kurt W. Rothschild, in "To push and to be pushed, American Economist, 43, 1999, p. 5"