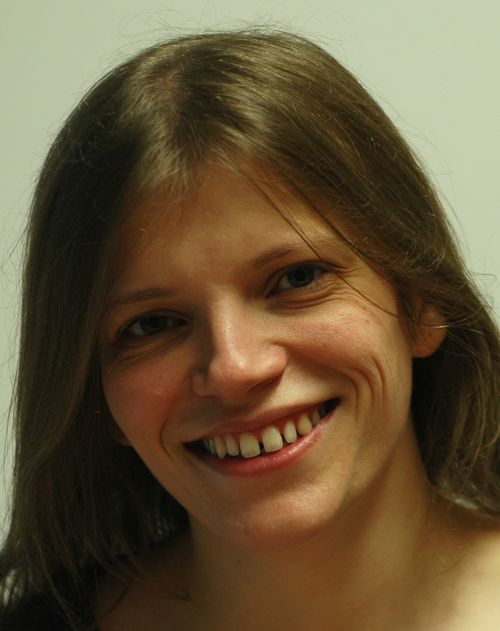 Within an industrial environment, the measurement of complex shapes and surfaces is used for quality control, e.g. to detect shape or surface defects. Being contact-free and thus non-destructive, optical methods which capture the object under test using digital foto- or video-cameras are highly beneficial: Even low-cost CMOS- and CCD-sensors allow to capture several millions of data points on the tested surface at one shot.

A frequently used method to measure 3D objects with diffuse reflection behavior which requires at least three images of the surface under test, is known as phase shifting profilometry. Figure 1 (left) shows a basic measurement setup, which consists of an LCD-projector and a camera. It is used to measure a hemispherical object in front of a planar background. A series of sinusoidal fringe patterns is projected onto the object under test, whereas the phase offset varies across the images. Figure 1 (right) shows four simulated images with offsets of 0°, 90°, 180° and 270°. From the four images, a geometry-dependent phase distortion can be found, which is independent from variations of background illumination. If the imaging properties of both camera and projector with regard to an outer coordinate base (indicated by the vectors x , y and z , see Figure 1 left) are known, from the measured phase distortion the shape of the object can be obtained. For this purpose, to each camera- and projectorpixel a line of sight is assigned, which can be described as straight line in 3D. The parameters of each straight line can be measured using an appropriate measurement procedure (bundle adjustment for the camera, line-of-sight-calibration for the projector). With a modified triangulation procedure, the shape of the measured object is reconstructed. 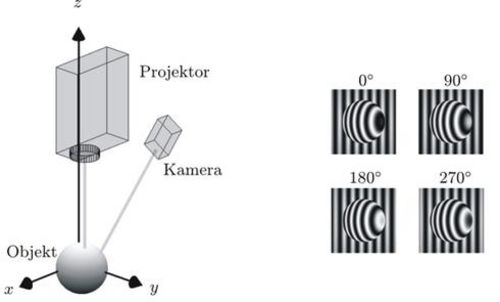 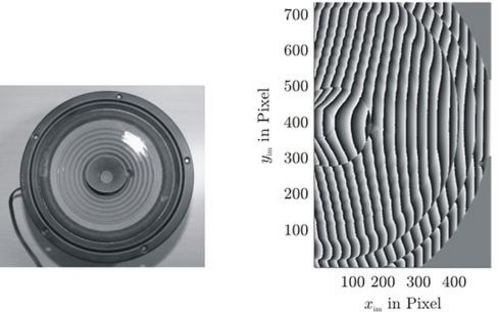 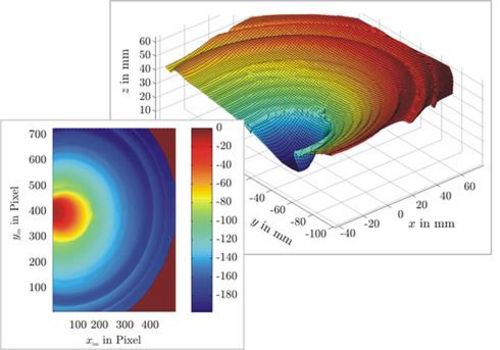 Figure 3: left: measured phase distortion related to the xy-plane (in °), right: reconstructed shape of the speaker