A. CLEANROOM in the LIT Open Innovation Center

Located in the basement of the LIT Open Innovation Center and funded by the Austrian Federal Ministry of Science, Education & Research (BMBWF), the JKU and the state of Upper Austria, the new cleanroom has been designed for manufacturing scientific samples for fundamental research as well as producing prototypes to be shared with different institutes and departments (physics, chemistry, mechatronics, computer science), and with external collaboration partners and users.

The cleanroom environment drastically reduces the number of airborne particles and is vital to creating devices in the micrometer and nanometer range. 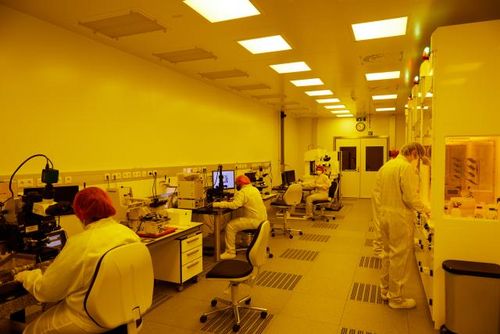 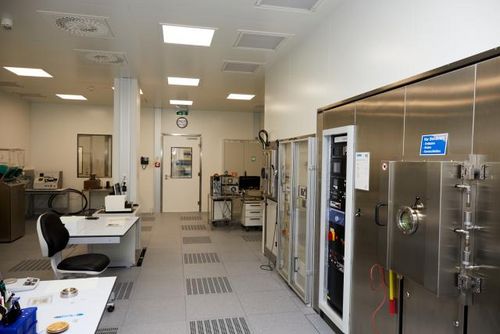 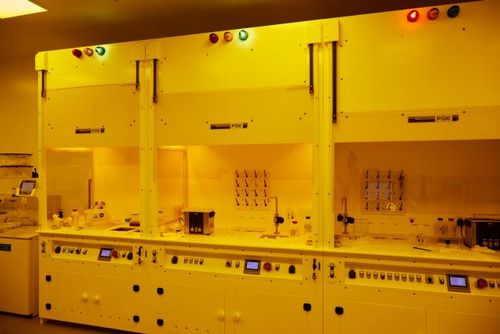 II. Group-III-V MBE:
MBE components Octoplus The machine is fully dedicated to the growth of (Al, Ga, In)As heterostructures for quantum science and technology. It includes two effusion cells for Ga, two for Al, one for In, a cracker cell for As and doping cells (C and Si).

III. IV-V-VI MBE:
The Varian GEN-II MBE system is equipped with effusion cells for PbTe, SnTe, Te, Bi2Te3, Mn, Eu, Sr, CdTe, PbSe, Se, and Tl2Te3 for fabrication of topological insulator and multiferroic thin films and heterostructures on various 2" substrates including BaF2, InP, GaAs, CdTe, KCl, SrF2, Si and Ge in (111) and (100) orientation. In addition, infrared device structures such as VCESLs and self-assembled quantum dots have been grown in this system.

This center consists of two optical setups which are being used for microphotoluminescence spectroscopy and quantum optics, as well as devices for the meaurement of thermal conductivity of thin layers.