For decades, physicists using special scanning tunneling microscopes (STMs) have been able to scan materials at such high resolutions that individual atoms become visible and can be photographed. At the same time, it is possible to shift individual molecules with a fine metal wire and so manipulate the material. Still lacking, and the subject of Dr. Stefan Müllegger’s work, is the ability to chemically identify individual atoms and bonds in individual molecules based on certain properties - a “fingerprint” for each atom.

It begins with an “atomically pure” substrate. This is a material in a vacuum such as that found in near-Earth space, meaning that it is extremely difficult for it to become contaminated. The substrate can consist of different atoms. A common, low-temperature scanning tunneling microscope (LT-STM) can map the surface with a metal wire (probe), the tip of which comes to a sharp point. However, it cannot clearly differentiate between the atoms of different chemical elements. “We would like to provide an LT-STM with additional capability,” says Müllegger. “When mapping the surface, the point of the wire should record characteristic signals for each individual atom and so make it possible to identify the individual atoms of different elements.”

To achieve this, Müllegger has upgraded a commercial LT-STM unit with a high-frequency generator. The generator is used to apply alternating current, and the conductivity of the individual atoms is then measured. “In plots of the measured values, we see that the peaks for atoms of the same chemical element always appear in the same place,” says Müllegger. This allows the atoms of different chemical elements to be identified with certainty.

Additionally, the atoms can be magnetically or mechanically excited. This is also useful for identification, as every substance prefers to vibrate at particular frequencies.

Müllegger’s goal is to establish the “fingerprints” of the atoms of as many chemical elements as possible, so that it will be possible to clearly identify individual atoms in the future.

While his research currently focuses on establishing the basis for future work, it already has a number of potential applications: the structural elucidation of molecules, quality control and quantum control for spintronic and electronic components, and quantum computing - where spin-based quantum bits could be read.

Having developed an interest in physics while still at grammar school in Bad Ischl, he went on to study technical physics at the Technical University of Graz, and also gathered experience working in industry.

“I have always enjoyed making the first steps in a field and building something new. Everything that follows has to do with product development, which I find less exciting,” says Müllegger.

Nine years ago, when he began to develop scanning tunnelling microscopy (STM) to enable the identification of single atoms, he and his group were the only ones worldwide doing this kind of research. “We were only two or three people, but ahead of the field, which is something really special.”

In 2013, using his own version of low-temperature STM, he succeeded in conducting the world’s first single-molecule single-spin resonance experiment, the results of which he published in 2014. 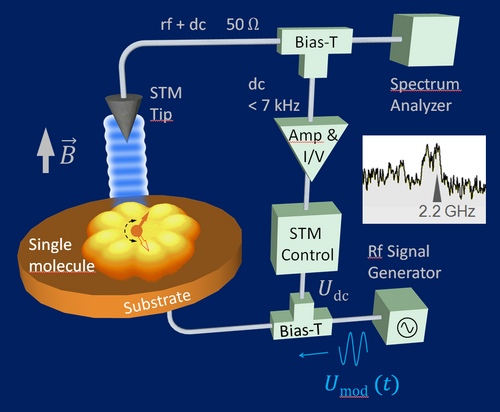 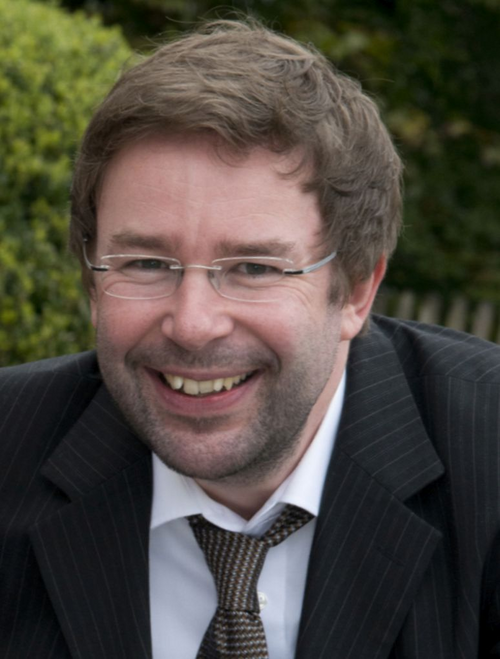