A Million Equations, A Million Unknowns, and a Perfect Method of Calculation

Intelligent materials are often laminates, into which thin layers of piezoelectric materials have been integrated. Piezoelectric materials alter their shape under stress, and while doing so accumulate an electrical charge; conversely, they alter their shape when an electrical current is applied. These materials have a variety of applications, including reducing vibration in machinery and noise reduction. Until now, one of the great disadvantages of such materials is that modeling their behavior required an extremely large amount of processing power. With the LIT project of Dr. Astrid Pechstein, this situation should change.

The first finite element analyses for piezoelectric elements were made in the 1970s. “Our goal is, however, to further develop these methods for extremely flat elements,” says Pechstein.

The finite elements being developed by Pechstein and her team will be made available in an open-source program, and constantly developed further. “The goal is to have a calculation model that can be used by anyone, even when a person has no clue what methods are involved,” says Pechstein.

Currently, the method already works for components exhibiting small distortions. Towards the end of the LIT project, as well as in follow-up projects, it should also become possible to apply the methods to larger deformations.

This project starts where mathematics and mechatronics intersect.“Mechatronics is very interested in having efficient methods of calculation available. We want to provide a mathematical underpinning, making it easier to predict what will work and what won’t,” says Pechstein.

Once they have the method, mechatronic engineers can use it to join in taking the next step: in developing regulatory mechanisms to control piezoelectric elements or to develop optimal designs for piezoelectric sensors and actuators.

It was a project called “Women in Technology” at grammar school that sparked Assist.Univ. Prof. Dr. Astrid Pechstein’s interest in mathematics. “I developed a longing to calculate something ‘real’,” she says, and so her decision to study mathematics at JKU was made. She completed her studies with the highest possible honours (sub auspiciis praesidentis), “but this just sort of happened to me; school was harder, but the conditions as a mathematics student are ideal. The relationship between students and professors is very good, and there is great individual support from the beginning.”

Upon completion of her PhD, she began working on industry projects at the Linz Center of Mechatronics, LCM, where she “first had to learn the language of mechatronics.”

Five years ago, she would have called herself a pure mathematician, but now her focus is interdisciplinary at the interface of mathematics and mechatronics, something that she finds particularly exciting.

She sees herself as a good role model for her daughter, who is about to start school: “My example shows to her – and to my little son – that it’s completely natural for a women to do maths and be interested in machines.” It is to be hoped that this will pave the way for future generations of likeminded researchers. 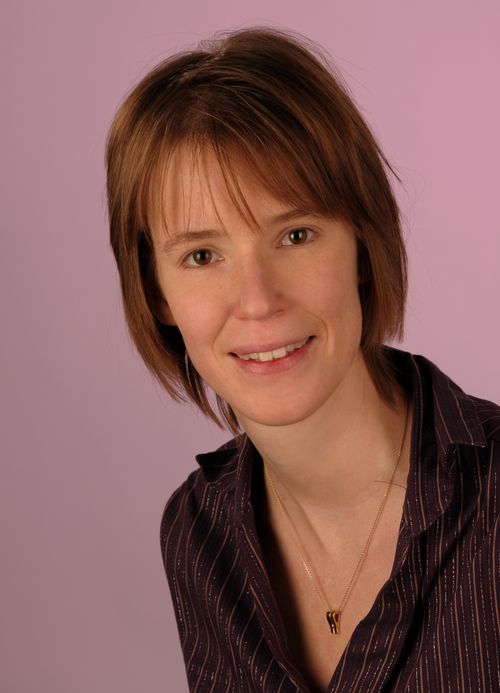