Quantum dots, or “artificial atoms”, are the new hope for continuing progress in information transfer and quantum computing. However, they have one disadvantage: each quantum dot is comprised of thousands of atoms, all of which cannot be controlled. This means that no quantum dot is identical to any other. Dr. Armando Rastelli is developing a method of influencing the properties of quantum dots, meaning that millions of dots can be endowed with the same properties.

To do so, Rastelli and his team place the dots on a piezoelectric element, to which current is then applied. The current causes the piezoelectric element to change shape, as does the quantum dot on it. Because its shape changes, the spectrum and properties of the dot also change.

“In advance, we can only estimate how the properties of the quantum dot will change with its shape. Fine calibration has to take place step-by-step,” says Rastelli. “However, the fact that we are able to deliberately and precisely control the properties of quantum dots at all is a huge step forward.”

When quantum dots are used as a light source, their optical properties are of the most significance. Using an electrical or optical impulse, a quantum dot can be induced to emit a photon or a correlated pair of photons, thereby sending information.

In the development of hardware for quantum computing, semiconducting quantum dots with particular properties play a significant role.

Univ. Prof. Dr. Armando Rastelli has been head of the Semiconductor Physics Division at the JKU Institute of Semiconductor and Solid State Physics since 2012.

He says that, upon completing his master’s degree, he was offered a permanent teaching contract in the next village from his then home in Italy, “but this was not an option for me.”

Back then Rastelli was interested in cosmic radiation, but he later shifted his focus to semiconductor research, working at ETH Zurich, the Max Planck Institute in Stuttgart and IWF Dresden.

Asked what inspires his work as a researcher, he says, “I want to stay curious and play, keep the child in me alive, but also make a difference for humankind.”

His greatest success to date at JKU has been a publication in Nature Communications (http://www.nature.com/articles/ncomms10375, opens an external URL in a new window) on photon entanglement – the basis for teleportation.

To him, the greatest advantage at JKU is that, in the context of quantum-dot systems, everything can be done in house, including sample and component preparation in the clean room, quality tests that provide feedback for further improvement of samples, and even quantum optical experiments, which can be conducted in the optics laboratories.

The Center for Nanomaterial Research and Prototype Development – a collaboration between JKU and other research institutions – will soon be built with support from the Higher Education Structural Funds. Interaction with other research groups will thus be further strengthened, ensuring successful future development of this research field at JKU. 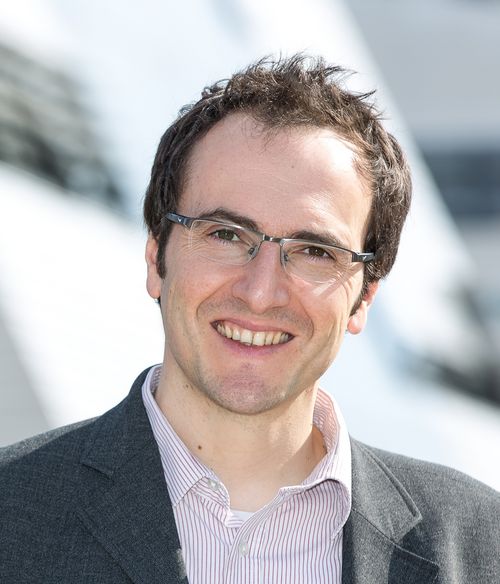