Prof. Johanna Mair, opens an external URL in a new window (Hertie School and Stanford University) and Thomas Gegenhuber (JKU Linz and Leuphana University) have been following the #WirvsVirus and #UpdateDeutschland program together with the research assistants René Lührsen and Laura Thäter since its inception. The objective of this project is to generate learnings on how to organise Open Social Innovation.

As learning partners of #WirvsVirus and #UpdateDeutschland the team tracked the process in-situ and over time. In addition to regular exchanges with the #WirvsVirus organisers, the research team created a respectful, collaborative environment for co-production and learning with all stakeholders involved. The team conducted 200+ semi-structured interviews with teams, organisers, mentors, supporters, and political, civil society and corporate actors. Additionally, the team participated in community calls, observed jury decision and funder meetings, and analysed publicly available and non-public documents related to the planning and strategizing of #WirvsVirus and UpdateDeutschland.

The research project is endorsed by the German Federal Chancellery. The Vodafone institute and the Volkswagen Foundation financially support this project. 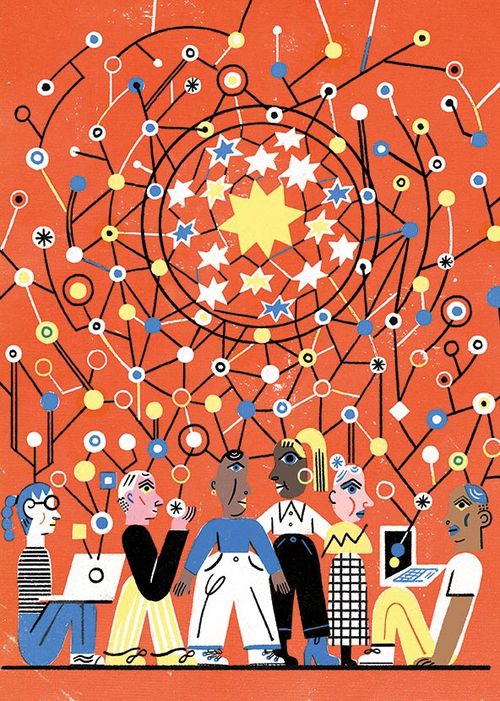 Digitization is fundamentally changing the types and forms in which people work. Exchange platforms are rapidly gaining importance. They represent a new form of organization that mobilizes masses to integrate them into operational value chains, offering a wide range of services: from simple routine work (e.g.: Mechanical Turk, Clickworker), to handcrafted, solid creative work (e.g.: 99designs, Upwork), to highly complex innovative solutions (e.g.: Innocentive, Jovoto) and services based on the commercial exploitation of "private capital goods" (e.g.: Uber, Airbnb). Product platforms (e.g. Internet-of-Things platforms) consist of architectures that define how actors can participate in the generation of added value (e.g. standardized interfaces) and the associated infrastructure (e.g. web-based platforms for information exchange). Platform organization and strategies differ strongly from classical management principles, which focus on control and predictability of action through hierarchy. Platforms are mostly based on a logic of flexibility. Control and steering usually take place via hidden mechanisms (e.g. platform design and algorithmic governance). This research area investigates how platforms are organized (e.g. organizational practices), what the strategic challenges in platform management are (e.g. platform design and the question of openness), and what the consequences of a platform-based economy are (e.g. codetermination and working conditions of crowdworkers on exchange platforms).

Collaboration partners for this research are the Institute of Organization Science at JKU Linz (Prof. Elke Schüßler, Prof. Robert Bauer, and Dr. Georg Reischauer) and the Leuphana University Lüneburg, opens an external URL in a new window (Clara Scheve).

Digitally-enabled institutional arrangements, such as new organizational forms, are increasingly changing the rules of the game in many industries and fields. Consider the following examples: Platforms, such as TripAdvisor, restructured entire evaluation systems in the tourism industry – moving from an expert-based model (based on an episodic, standardized review by professionals) to a crowd-based model, that is continuously harnessing and aggregating consumer’s evaluations. Despite meeting resistance by regulators, Uber and AirBnB gained legitimacy for disrupting, disintermediating and reconfiguring the delivery of taxi and accommodation services.

Institutional theorists are increasingly attentive to the role and impact of digitalization. There is no doubt that digitally-enabled institutional arrangements permeate and reshape industries and fields, challenging power structures and meaning systems. This presents a significant opportunity for institutional theorists to probe further into how actors leveraging digital technologies can transform the ways in which institutions are created, complemented, threatened or destroyed.

Another line of research we pursue is inquiring how start-ups or entrepreneurial activists use digital platforms (e.g. crowdfunding) to gain legitimacy in the eyes of various stakeholders. Collaboration partners are Karina Reif (Albert-Ludwigs-Universität Freiburg), Diemo Urbig (Brandenburg University of Technology (BTU) Cottbus-Senftenberg) and Michael Lounsbury (University of Alberta).

Digital technologies increasingly affect the process of strategy-making – they impact how actors craft, understand, and execute strategies. Despite the impact of the ‘digital’ on strategy-making, strategy research on this topic is still in its infancy. Together with Maximilian Heimstädt, Georg Reischauer and Violetta Splitter, Thomas Gegenhuber organizes a DFG-funded research network. The network draws on a strategy-as-practice perspective on the digitalization of strategy-making because this perspective proves particularly suitable to examine changes in strategy-making based on the actual activities of strategy practitioners. The goal of this research network is to build a community of early scholars interested in the topic of digitalization of strategy-making, to develop a joint research agenda, and to stimulate high-quality research on this topic. To achieve our goals, we organize meetings to gain insights, establish collaborations and support each others’ work. Each meeting features distinct keynote speakers, paper development sessions, and we discuss current literature. We also make plans to stimulate conversations on digitally-enabled strategy making in our field (e.g., submitting symposia to conferences).

The German Federal Ministry of Family Affairs, Senior Citizens, Women and Youth appointed Prof. Thomas Gegenhuber as a member of the 11-member commission for the Third Equality Report of the German Federal Government. The German government's Third Report on Gender Equality addressed the question of what course needs to be set in order to shape developments in the digital economy in such a way that women and men have equal opportunities.

Apps, digital platforms, artificial intelligence, service robotics - many start-ups use digital technologies to create innovative business models. Surveys show: Only about 15.7% of German startups are founded by women. Digital entrepreneurship is building the economy of the future. Things don't look much better in Austria, either. According to an IMAS/WKÖ study, the share of women founders in the technological future fields was 18%. If we want to shape the economy of the future in a gender-equitable way, we urgently need to increase the share of women.

What role do gender inequalities play in start-ups? The report shows which structural barriers cause an unbalanced gender ratio in the digital start-up scene. These include the influence of gender stereotypes and a lack of opportunities to reconcile work and family life. Start-up capital is also not equally accessible to everyone: men are more likely to receive funding from venture capital, private investors and even government funding than women. Yet it is women who are the more financially sustainable founders, according to international studies.

For more startups and employment opportunities in the tech sector, there is an urgent need for people with programming skills. Austria also needs to become more innovative in this area: there are numerous informal coding communities that teach programming skills to thousands of women on a voluntary basis. The state should provide targeted support for these. HTW Berlin is conducting a bold experiment in the formal education sector: the Computer Science and Business for Women program is very popular with female students. Upper Austria could learn from this approach.

In order to change the male-dominated role image of "entrepreneurship", we also have a duty to the universities: When we invite entrepreneurs as lecturers or organize discussions at the university, we must ensure that we invite women as well as men. We also have to pay attention to diversity when it comes to best practices examples in teaching. 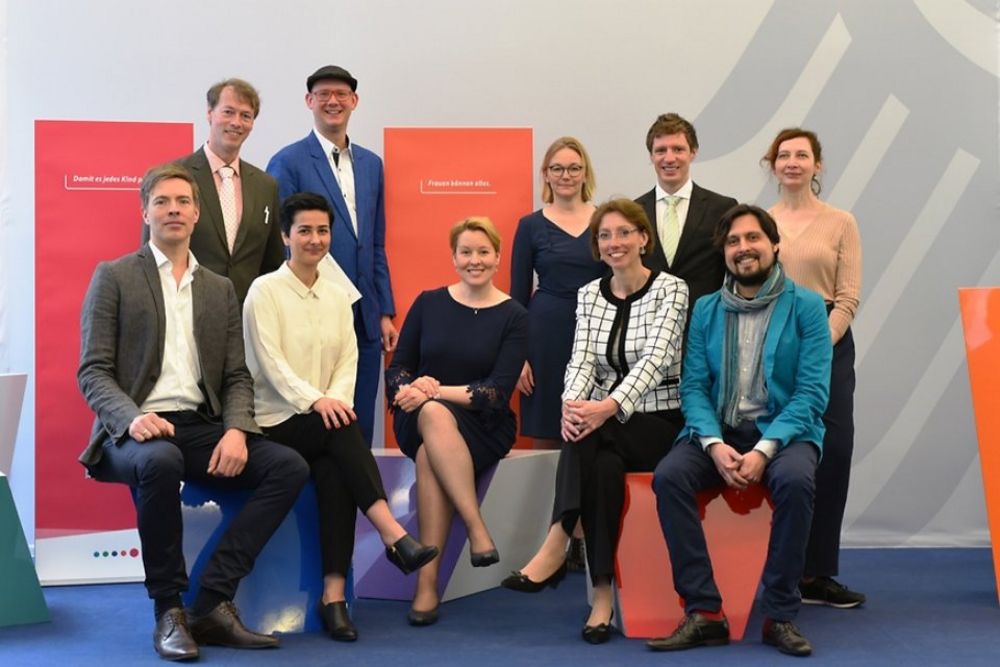