Titled JO (named after JOhannes Kepler), the interdisciplinary project team is developing an intelligent robot model car that can drive fully autonomously and agilely on changing terrain, predicting movement patterns of people in its environment and interacting with its environment in a playful way.

Inner states such as attention or "annoyance" (the latter of course only if someone blocks his path for too long) are communicated to the outside by JO via a colored illuminated shell. In order for our robot car to correctly assess demanding situations and derive fast driving maneuvers from them, the aggregated use of technologies such as SLAM (Simultaneous Localization and Mapping), Reinforcement Learning (RL) and image recognition is needed.

In order to make the image processing, which is particularly important for autonomous driving, clear to a broad audience, JO optionally sends its camera view and a visual representation of its inner perceptions of the environment enriched by graphics to a screen in real time. Students, pupils and other audience groups can thus not only physically enter the "shared space" with the mobile robot, but at the same time have the opportunity to "see through its eyes" and develop a better understanding of modern AI methods. 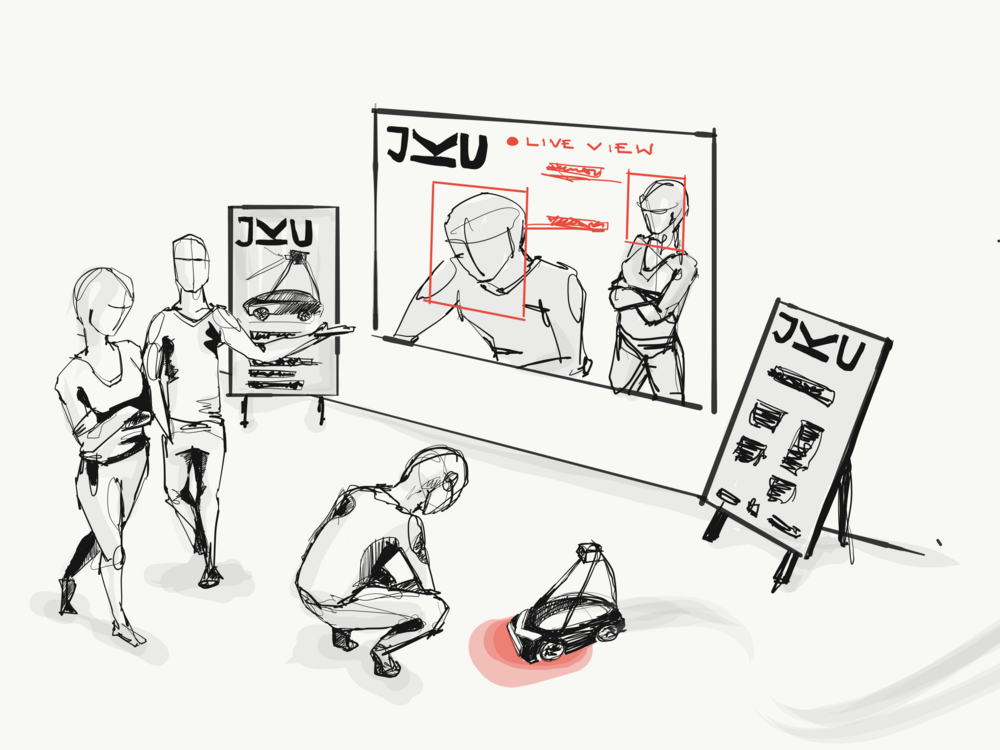 JO will be an intelligent model car that navigates fully autonomously and communicates states to the outside world by an interactive shell.