The JKU Mourns the Passing of Prof. Ernest Kulhavy

The Johannes Kepler University Linz mourns the death of Prof. Ernest Kulhavy, who passed away on April 15, 2020.

The Johannes Kepler University of Linz mourns the death of Dr. Dr. mult. h.c. Ernest Kulhavy. The business expert, often referred to as the "marketing pope", was one of the JKU’s founding professors, playing a key and decisive role in the advancement of the university. Prof. Kulhavy served as Rector of the Johannes Kepler University between 1989 and 1991. JKU Rector Meinhard Lukas remarked: "Ernest Kulhavy established modern marketing in Linz. As one of our university’s founding professors, he made significant contributions to improving the JKU’s image. His work has shaped generations of students and his approach to thinking of and implementing new ideas will live on at JKU." Even after leaving the university, Kulhavy always remained actively involved in university matters. "He was a paternal friend to the university and always supported us with his words and actions as we progressed. We have lost a great professor, but above all, a warm-hearted, thoughtful and intelligent friend. Our thoughts and sympathy goes to the family and the bereaved of Ernest Kulhavy."

Christoph Teller, Professor of Retailing, Sales and Marketing at JKU, added: "Everything we build on is based on Prof. Ernest Kulhavy’s pioneering work. He coined the word “marketing” in Austria, making it socially acceptable in this country. Thanks to him, marketing has advanced from an operational understanding of a corporate function to a market-oriented management concept. In his tradition, we still teach this subject at the institute today. Following his example, academic research and real-world practices continue to have top priority to this day.”

Ernest Kulhavy studied world trade in Vienna, earning his doctorate in 1952. After intermediate studies at the Bologna Center atJohns Hopkins University (USA) between 1956 and 1957, he returned to Austria to prepare for an academic career. However, he received a fellowship at the Research and Planning Division at the Economic Commission for Europe at the United Nations in Geneva and subsequently spent one year at the European Free Trade Association EFTA in Geneva.

Kulhavy earned a post-doc/habilitation in general business administration in 1960 and in the fall of 1963, he was appointed professor at the Technical University of Berlin West where he lay the foundation for an Institute for Marketing and Management. However, before the institute was physically created, he accepted an appointment to the newly established university in Linz. It was here he created the Institute for International Marketing in 1966, giving Linz the first marketing department in German-speaking Europe. In 1968, Kulhavy was also a professor at the Diplomatic Academy of Vienna for eleven years.

In 1975, Kulhavy was elected Dean of the Faculty of Social Sciences, Economics and Law, and was subsequently entrusted with the organizational aspects of dividing the subject areas into a Faculty of Social Sciences, Economics & Business, and a Faculty of Law, respectively. In 1979, he created the Marketing Club Linz, and in 1981, he created the Export program.  Beginning in 1970 and for over 25 years, he was an editorial board member for the journal Absatzwirtschaft and in 1981, he created the Export program and the study of business sciences in Linz. Between 1989 and 1991 he served as Rector of the University of Linz, taking advantage of the “fall of the iron curtain” to sign partnership agreements with universities in Eastern Europe. Prof. Kulhavy retired in 1994 however, after the end of his university career, he became involved in university partnerships in Eastern Europe, served as an advisor to the Sohmen Far East Foundation, and was a member of Erhard Busek's Institute for the Danube Region. Prof. Kulhavy was, as the emphasized by Gerhard Stürmer (president of the Kepler Society), always an advocate of the idea of an alumni association at the JKU. While creating the Linz Marketing Graduates' Club LIMA, he created the predecessor association of the Kepler Society. He actively supported both up until his passing. He enjoyed attending and participating in various events, especially in Vienna.

As a pioneer of modern marketing in Austria, Kulhavy has educated and shaped generations of successful marketing specialists. His students included high-ranking representatives in the government and in the business community, such as Hans Jörg Schelling, Christoph Leitl, Gerhard Stürmer and Günter Schweiger. 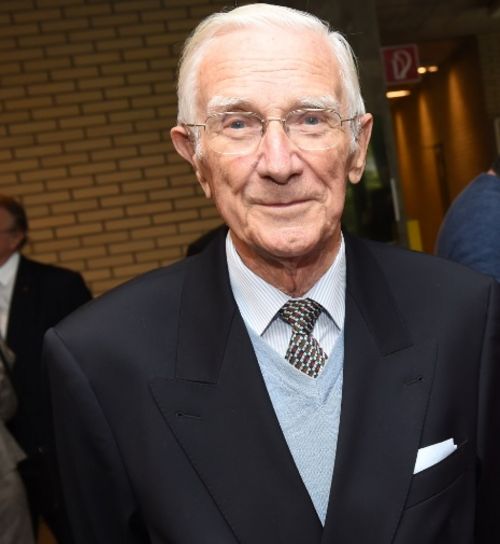