Students in the JKU’s Mechanical Engineering program aimed to reach for the sky as early as their second semester.

As part of a term paper titled Open Innovation Challenge, six teams independently created and built their own water-powered rockets, some reaching heights of 60 meters or more.

This course has been part of the JKU’s mechanical engineering program since last year, demonstrating the program’s special nature by featuring projects ranging from autonomous excavators and a production line for motocross machines, to exoskeletons to support recovering patients. The program brings mechatronics and electronics together with computer sciences, giving students opportunities to apply what they learn right from the very start.

Course instructor Christoph Kralovec explained, "We aim to convey that when it comes to engineering, no one works in a quiet room. Students need to know that teamwork is key and this goes hand-in-hand with interdisciplinary, technical expertise. We also want to give students an opportunity to get to know each other better. Naturally the extent of this has been limited in lieu of the pandemic but it is very important, particularly during the studies introductory phase."

Naturally, the Rocket Challenge had stipulations that included specifying the air-powered rocket’s dimensions and water volume. For safety reasons, the generated air pressure thrust could not exceed 13 bar, the rocket had to be launched using a remote control, and the landing speed could not exceed a certain value. Otherwise, the participants were free to explore their creativity and they were extremely enthusiastic. Kralovec smiled and commented, "The project was so well received that even a polymer technician joined in, just for fun."

Twenty-two students were divided into six teams and competed against each other. As part of a step-by-step procedure, several faculty members from the Institute of Lightweight Design and Fluid Mechanics assisted the students on the road to becoming rocket experts. The students had to complete their projects by designing and developing the rocket as well as calculating the trajectory (and take thrust and aerodynamics into account), experimentally measure thrust, and conduct safety tests that included taking burst pressure and landing speed into consideration. The rockets were then produced at the Grand Garage Linz. Students had a budget of approximately €130 per project as well as access to state-of-the-art tools.

Katharina Weingartshofer, who came in second place along with teammates Jakob Eckerstorfer, Jürgen Ottensamer, and Alfred Chisom, remarked, "Creating a concept was probably the biggest, and most time-consuming challenge. The concept had to be detailed and well thought-out so it would ultimately work." Katharina highly recommends studying mechanical engineering and added: "Mechanical engineering is a combination of different disciplines, making it a very diverse program. Together with the student life at the JKU, it’s a great overall package!"

Once the big day arrived, the students had to demonstrate their new-founded expertise! The Swingolf course in Linz/Urfahr was transformed into a rocket launch site and just like when it comes to the pros, not everything went as planned. However, five out of the six teams were able to launch their rockets. The winning team included Petar Marcinkovic, Fabian Steinmaurer, Christian Stöttner and Thomas Trenzinger. Despite having to trigger the launch manually as the "mechanics" in the electronic launcher failed, their rocket still flew to a height of 35 meters and landed softly. During the test launches, many rockets reached great heights, one team’s rocket flew to a height of about 60 meters.

Thomas Trenzinger said the ability to improvise was crucial and added: "The tight schedule was demanding. When it came to the remote-controlled release mechanism, we decided to use Lego components." The project will have a long-lasting effect: "Working on the rocket renewed my passion for flying machines. It would be fun to create something like a ‘flying taxi’ – that could be big in the future."

Kravolec added: "It’s not about perfecting a rocket, but rather tinkering with it, finding solutions, and having a lot of fun with the whole project."

Prospective students interested in the Mechanical Engineering program at the JKU can register to enroll now. 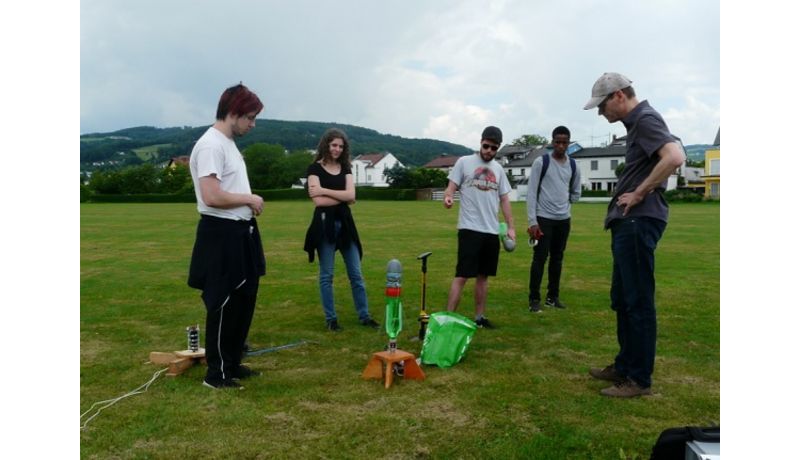 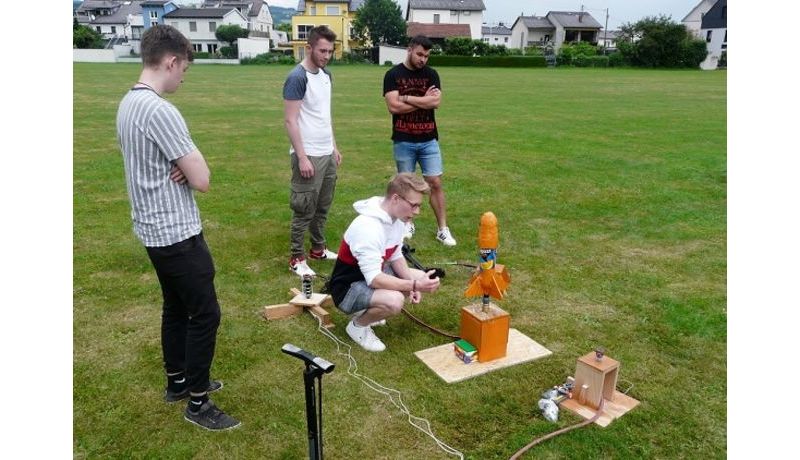