COVID-19: What is Driving the Escalating Hyperinflammation

A study about senescence conducted by Charité, MDC, the JKU Linz and KUK and published in Nature suggests a novel treatment option.

is the primary result of a dysregulated immune response. A team of researchers from Charité - Universitätsmedizin Berlin, the Max Delbrück Center for Molecular Medicine in the Helmholtz Association (MDC), Johannes Kepler University (JKU) Linz, and the Kepler University Hospital (KUK) have now identified a cellular stress response mechanism that plays a key role in the derailed immune response: senescence. Senolytic agents – drugs capable of selectively eliminating senescent cells – were shown to mitigate COVID-19-related lung damage in animal models, in addition to significantly reducing inflammation. They may also offer a new treatment path in humans. The study’s findings have recently been published in Nature*.

Cellular senescence is a tissue-protective mechanism triggered in response to stress and injury, resulting in the programmed cessation of cell division and thereby also protecting against cancer. Senescent cells release pro-inflammatory messengers which are important in wound healing. When present in excess or produced for too long, these inflammation modulators support age-related diseases such as diabetes and atherosclerosis. Sparse evidence that senescence may also be triggered by viral infections has, until now, received little attention. A team of researchers led by the oncologist Prof. Dr. Clemens Schmitt has now shown that this process plays a crucial role in triggering a veritable avalanche of inflammatory mediators, contributing to the lung damage associated with COVID-19. The cancer specialist remarked: “In our view, the early use of specific substances which disrupt this inflammatory overreaction holds enormous potential as a new treatment strategy for COVID-19.”

In addition to his position as Director of the Molecular Cancer Research Center (MKFZ), Prof. Schmitt is head of the MDC’s ‘Cancer Genetics and Cellular Stress Responses’ research group and Research Group Lead at Charité’s Department of Hematology, Oncology and Tumor Immunology on Campus Virchow Klinikum. He is also the Head of Hematology/Oncology at the KUK and holds a professorship at the JKU Linz. Prof. Schmitt´s research into COVID-19 benefits from his long-standing expertise in the field of senescence, in particular as it pertains to cancer. Working alongside his team of researchers, he has been using both cell-based models and animal models to study the role of senescence in the body’s immune response to SARS-CoV-2 infection.

The researchers show that the cellular stress-response program initiates an avalanche-like inflammatory response which culminates in the pneumonia typically seen in COVID-19. Simply put, the cascade begins inside SARS-CoV-2-infected cells of the upper respiratory tract, where viral entry into mucosal epithelial cells triggers a cellular stress response which activates their senescence program. Once senescent, the mucosal epithelial cells produce ample amounts of pro-inflammatory messengers. These, in turn, attract specific immune cells known as macrophages, which infiltrate the mucosa in order to remove senescent cells.

Due to the presence of the pro-inflammatory factors, however, the macrophages are themselves driven into the senescent state and release now large quantities of such factors themselves. Senescent macrophages can then infiltrate the lungs, where they may trigger senescence in other cells, such as the extremely sensitive cells lining the lung’s small blood vessels. Thrombogenic substances produced in response to this insult result in microthrombosis, i.e., the formation of tiny blood clots which obstruct the lung’s small blood vessels. Blood flow and oxygen exchange are severely impaired.

“The cellular stress program is an important driver of such escalating hyperinflammation which plays a major role in producing many of the characteristic features of COVID-19 pneumonia, such as vascular damage and microthrombosis,” explains the study’s first author, Dr. Soyoung Lee, a researcher based at Charité’s Department of Hematology, Oncology and Tumor Immunology on Campus Virchow Klinikum, the MKFZ and the MDC. “It was therefore a logical step to test whether we might be able to mitigate disease severity through early targeting of cells affected by virus-induced senescence.”

The team used animal models to study the effects of four distinct drugs which attack senescent cells in a targeted manner: navitoclax, fisetin, quercetin and dasatinib. Two of these senolytics are plant-based compounds; the other two are approved as or tested for cancer therapy. When used in hamsters and mice, all four substances – some used on their own, others in combination – achieved varying degrees of success in normalizing the hyperinflammation cascade and mitigating lung injury. The research team was able to refer to data from two smaller clinical studies which had already been completed. A combined analysis of the available data suggested that one of the senolytics tested was also able to reduce the risk of severe COVID-19 in humans.

“These results are extremely encouraging,” says Prof. Schmitt, who also conducts research at the German Cancer Consortium (DKTK). He adds: “Just like other therapeutic agents, however, senolytics can have side effects. Many questions therefore remain to be answered before we can consider them as a potential treatment against COVID-19. For instance: what is the effective dose? At which point and for how long will these substances need to be administered? What side effects are associated with their use? Might older people derive more benefit from senolytics than younger patients? After all, aging is associated with an increase in the number of cells which are ready to enter senescence. This needs to be explored in further clinical studies, some of which are already underway in a number of institutions across the globe.”

While the researchers await the results of these clinical COVID-19 studies with great interest, they are also looking beyond the current pandemic. “Our study has shown that different types of cells initiate senescence not only in response to an infection with SARS-CoV-2, but also in response to other viruses,” explains Dr. Lee. “Our hope is therefore that our findings will be of relevance to other infectious diseases in which the body’s immune response plays a crucial role in determining disease severity.”

Meinhard Lukas, Rector of Johannes Kepler University Linz remarked: "I would like to congratulate Prof. Schmitt on his continued publication in the renowned journal ‘Nature’. The JKU is proud to have an innovative researcher of his caliber on board as his research approaches could potentially improve the patients’ quality of life. I am particularly delighted that the article’s publication coincided with grand opening ceremony for the new JKU MED Campus, showing that the JKU Faculty of Medicine is not only up and running, but on track as well." 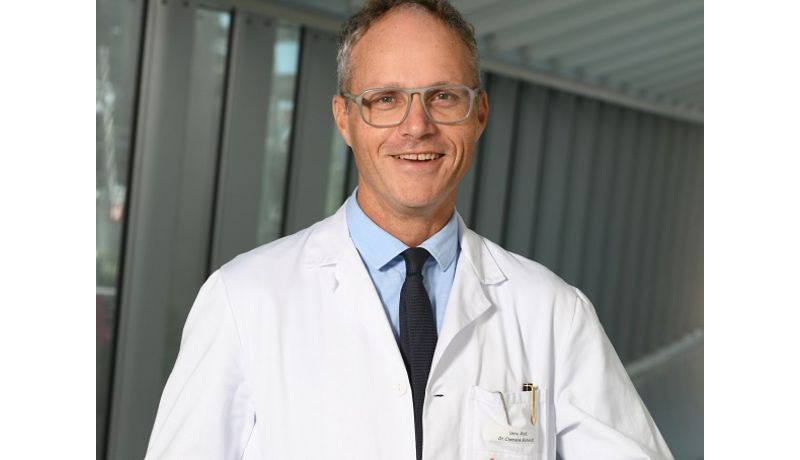