Robotic Mail Carriers: Joint Project between the JKU and FHTW to Develop a Mobile Delivery Robot

With the support of the FH Technikum Vienna, the JKU has developed a prototype for a "Last Mile Delivery Robot".

The idea is that in the future, the prototype will autonomously deliver packages and mail around the JKU campus. As a result of e-commerce and online shopping, customers’ needs and consumer behavior have dramatically changed. While customers want on-demand availability in many different areas, an increasing demand for packages in cities has led more delivery trucks in city centers, straining the existing infrastructure, causing congestion and safety issues, while also negatively impacting our health and the environment. Customers are becoming increasingly aware of the problem, initiating new legislation that means courier services have to step up their efforts to operate in more a sustainable and environmentally friendly way.

The ITS Department for Sustainabile Transport Logistics 4.0, opens an external URL in a new window. at the Johannes Kepler University Linz is exploring whether or not mobile package stations or lockers, such as those operated by Post AG, are feasible and user-friendly. The FH Technikum Vienna and the JKU institute are partners, providing the Linz team with support to develop a mobile delivery robot.

In addition to the FHTW, the Austrian Federal Ministry for Climate Protection, Environment, Energy, Mobility, Innovation and Technology (BMK), the Austrian Research Promotion Agency (FFG), the Austrian Post, and the engineering service provider for the automotive industry, IAV GmbH, is providing the institute with funding.

Department head Cristina Olaverri Monreal , opens an external URL in a new windowremarked: "We are conducting research to implement systems based on data exchange between vehicles, the infrastructure, and people."This involves using digital technologies based on applying sensors used in information and communication technologies. The institute team has now created a "Last Mile Delivery Robot" prototype. In order to equip the robot with an autonomous decision-making system, a sensor-based perception system was developed based on a slope mower provided by the FH Technikum Vienna. Project coordinator Gerd Christian Krizek, opens an external URL in a new window from the FH Technikum Vienna added, “The interaction between diverse technologies ranging from photonics and embedded systems to robotics also reflects the content in our undergraduate and graduate degree programs at the FHTW very well."

In order to create a cost-efficient prototype, the quasi-holonomic lawn mower (meaning that it can be controlled directly in all directions) was modified and the steering mechanism is similar a passenger vehicle (Ackermann steering). The system’s perception and localization features are equipped with an infrared stereo camera, an RGB camera, a 64-plane 360° lidar for distance and speed measurement, and a D-GPS system.

The camera provides information that is used in combination with a so-called "convolutional neural network" to detect people and objects, such as bicycles, scooters, dogs, as well as others using the road. The position of detected objects and persons in the video stream is then transferred to the lidar’s coordinate system to ensure that during dynamic path planning, these obstacles are detected.

In the future, the fully autonomous robot will deliver packages and letters on the JKU campus. The collected information will provide a better understanding of how people will accept mobile robots as well as how mobile robots can be better used to support an “on-demand world” and provide a more convenient, safer, and greener urban lifestyle. 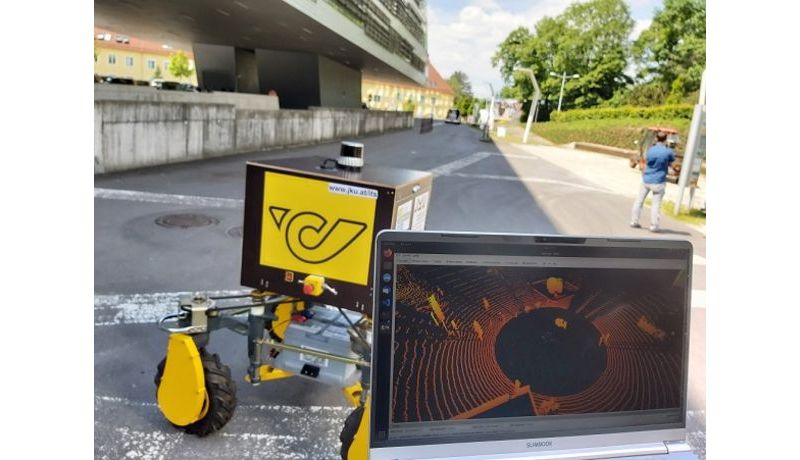 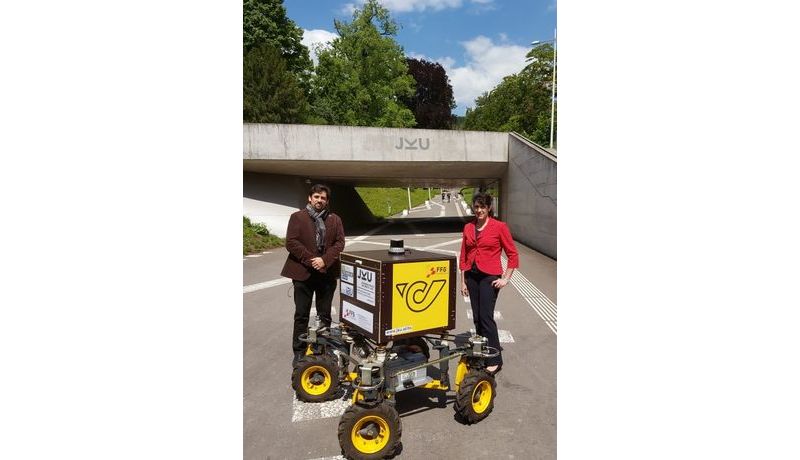 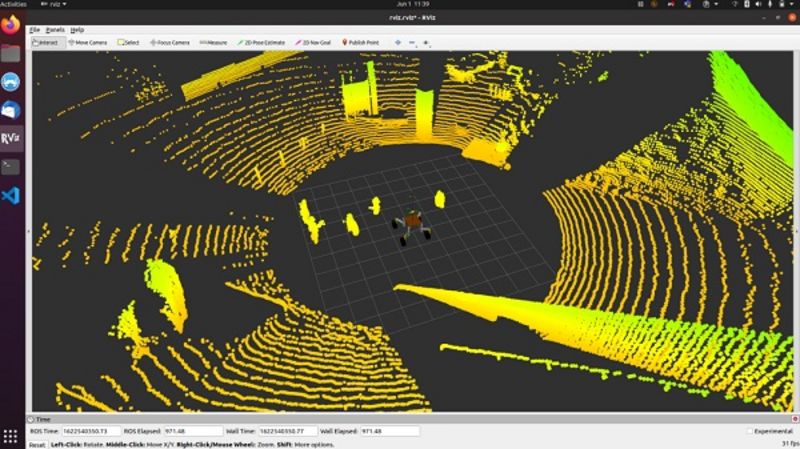