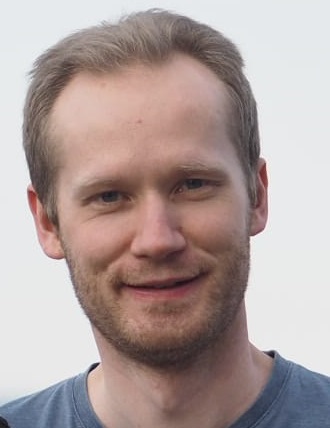 Currently, I am interested in finding noncommutative (or quantum) generalizations of mathematical structures by means of quantum relations in the sense of Weaver. This entails the following: the category of von Neumann algebras and quantum relations forms a dagger quantaloid. Since the category Rel of sets and relations is also a dagger quantaloid, and most mathematical structures can be defined in terms of sets, relations, and constraints in terms of dagger quantaloids between sets and relations, this gives us a method of finding noncommutative generalizations by replacing every instance of a set in a definition of some structure by a von Neumann algebra, and any instance of a relation by a quantum relation, while imposing the same constraints in terms of dagger quantaloids. Together with Ande Kornell and Michael Mislove, I found in this way noncommutative versions of posets, which we called quantum posets leading to a denotational model for Proto-Quipper-M, the state-of-the-art quantum programming language.

Furthermore, I am interested in finding simpler axiomas for the mathematical structures that are used in the description of quantum physics, in particular operator algebras and Hilbert spaces. My longterm goal is finding a categorical characterization of the category of von Neumann algebras and normal *-homomorphisms. Together with Thomas Vetterlein, I am working on finding characterizations of Hilbert spaces in terms of orthosets, i.e., sets equipped with a irreflexive, symmetric binary relation, the orthogonality relation. The idea behind orthosets is that they generalize the pure state spaces of quantum systems.

During my PhD research, I also worked on the reconstruction of quantum objects from their posets of classical subobjects, such as the poset of commutative C*-subalgebras of a C*-algebra, or the poset of Boolean subalgebras of an orthoalgebra. This research is related to Bohr's doctrine of classical concepts, which states that all observations on quantum systems, such as the readout stage of a quantum computation, must be expressed in terms of classical physics. In particular, it turns out that type I AW*-algebras are determined up to *-isomorphism by their commutative subalgebras, and moreover, together with John Harding, Chris Heunen and Mirko Navara, I showed that the assignment that to each orthoalgebra assigns its poset of Boolean subalgebras can be extended to a functor that is almost fully faithful.