Operation “Taking a Walk Around Linz with a Robo-Dog”

Meinhard Lukas, Rector of the Johannes Kepler University Linz, enjoyed a walk around downtown Linz this morning, accompanied by Spot, a four-legged robot made by Boston Dynamics. Spot moves very much like a dog and was even on a leash. The mismatched duo attracted quite a lot of attention and bystander reactions included a mix of amusement, perplexity, and even some head shaking. Today’s walk was an experiment conducted in a public space and based on Günther Brus' famous "Vienna Walk," aimed at initiating discourse about a positive, human-centered approach to technologies of the future.

Rector Lukas’ walk with Spot began at the Kepler Salon, where they were seen off by Norbert Trawöger, artistic director of the Bruckner Orchestra Linz as well as artistic director of the Kepler Salon. After some refreshments at "Leberkas-Pepi" and a chat with Alex from the bookstore of the same name, they continued on through the main square in Linz, crossing the Nibelungen Bridge and ending up at the Ars Electronica Center, where they were met by Ars Electronica director Gerfried Stocker. Dir. Stocker brought the duo over to the Deep Space room where the inspiration for today's walk, Günther Brus, was waiting, projected as a large image on a screen. The walk ended at Maindeck.

Rector Lukas and robo-dog Spot enjoyed a walk along many Linz sights and landmarks, followed by the eyes and comments of many curious passers-by:

Martina Mara, professor of Robot Psychology at the JKU, accompanied Rector Lukas and Spot and remarked: “Up until now, almost everyone’s understanding of coming into contact with robots in everyday life tends to be in the form of vacuum cleaners or something out of a science fiction movie. It’s no wonder that Spot drew great attention during his walk in Linz. The spontaneous reactions ranged from fascination to those who thought it was all a bit eerie. Research on human-like robots that appear to be somewhat alive has shown that it can give some people the creeps. We also see similar phenomenon occurring with zoomorphic - i.e. animal-like – robots, particularly if they strongly remind us of real living beings."

Today’s walk with a robo-dog still seems rather unusual, perhaps even peculiar. But then again, there was also a time when it was considered peculiar to carry a phone around in public. Of course, this does not mean that in the future we will all be taking robo-dogs for walks. However, what is foreseeable is that in the coming years, we will frequently encounter various types of robots as part of our everyday environments, particularly in the areas of transportation, healthcare, and entertainment.

Today’s walk was important to Rector Lukas as he aimed to stimulate discussion and dialogue: "In the future, what kind of robots do we want to have in our lives? What should they look like and what should they be able to do? We need to have this kind of broad discourse in order to positively shape a more human-centered approach to technology in the future."

The “dog owner” is Linz-based start-up qapture, located at the LIT OIC
Spot has now become a "pet" at the LIT Open Innovation Center at the JKU campus. The Linz-based start-up qapture has roots at the JKU and purchased Spot at Boston Dynamics. qapture’s mission is to use Spot to help transfer assets from the analog world to the digital world. The goal is to holistically capture production facilities and factories, including not only structural conditions, floor plans and cubatures - but also detailed information, such as machine data, maintenance intervals, and contracts - in order to create an identical digital twin so that all of the important information about the building or plant can be combined into a virtual model.

Spot was made by the robotics company Boston Dynamics, a company founded as a spin-off company at the Massachusetts Institute of Technology (MIT) in Boston. Later acquired by Google, the majority of the company is now owned by Hyundai. Created for industrial use, Spot can, among other things, be used to inspect dangerous or inaccessible terrain, collect information, and transport loads. Spot’s most striking feature is that it moves its four legs very much in the same way a dog does. While it is most certainly very fascinating, it can also be a bit of an uncanny and strange sight. 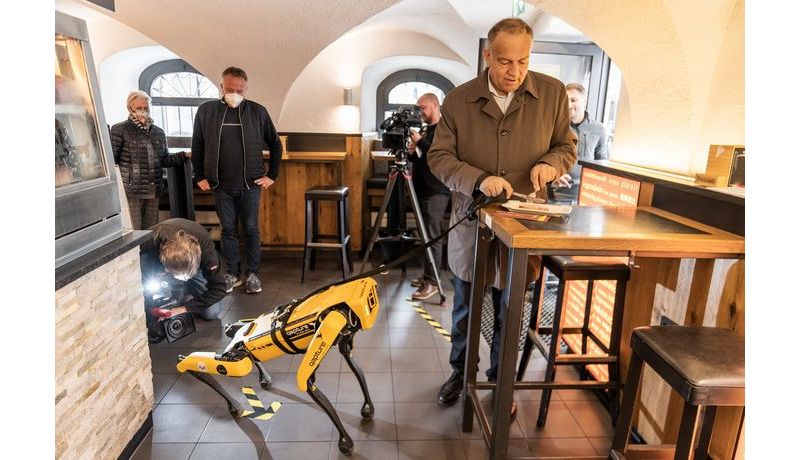 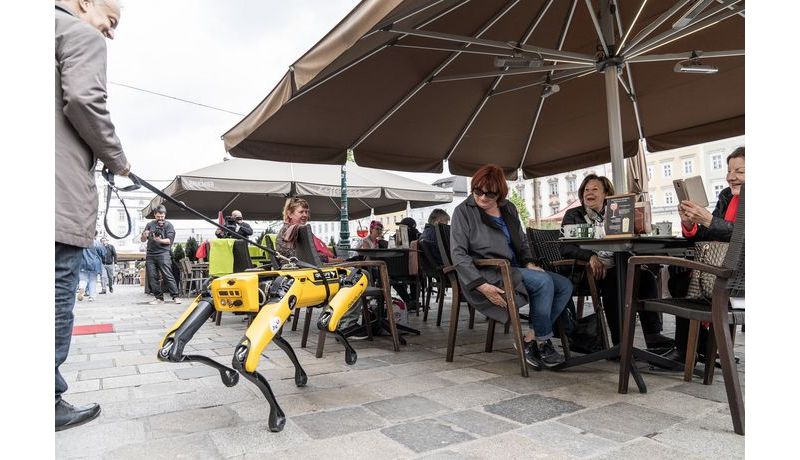 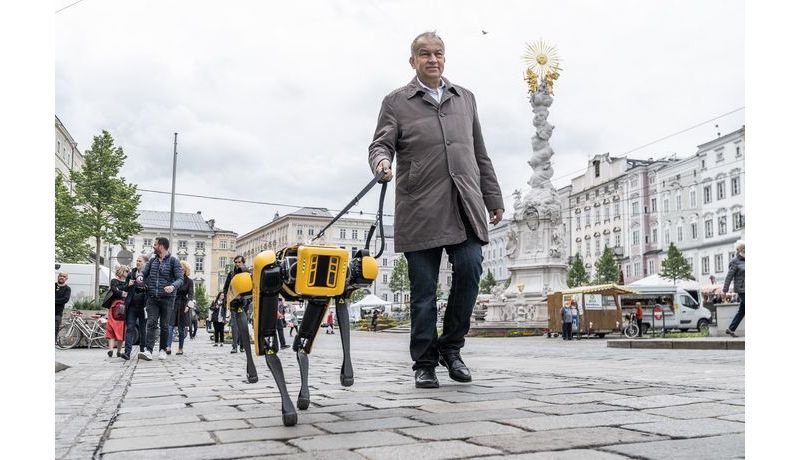 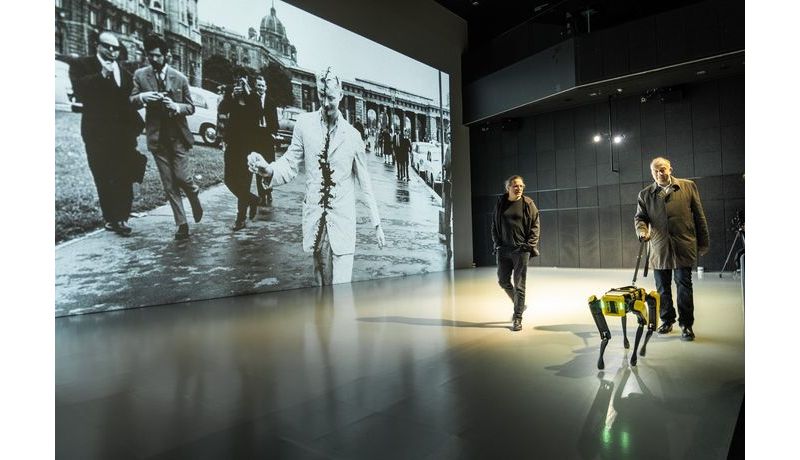 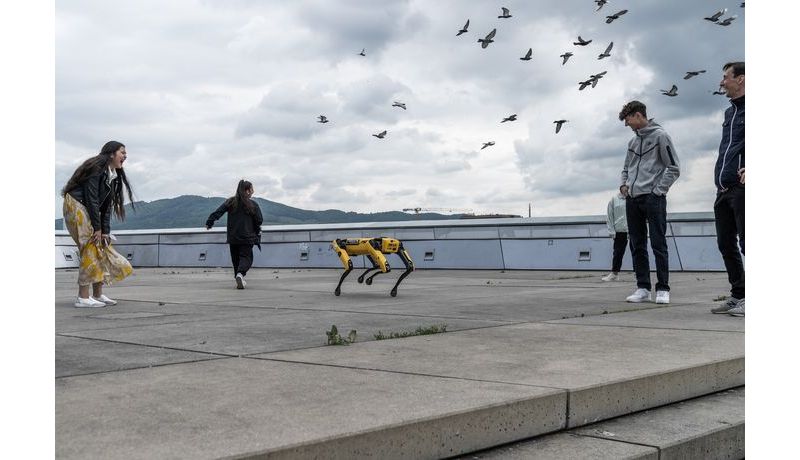