"We're Young, So We Can" - The JKU Critical Tram Debuts as the JKU Launches a New Image Campaign

Students from the BRG solarCity and the HAK Auhof schools were on board and took part in a quiz featuring (alleged) scientific facts about sustainability. The event not only launched the JKU campaign, it is also conveyed an important message: Young people ought to be curious, critical, ask questions, think outside-of-the-box, and question the things they hear and read. This is where education, particularly higher education, plays a pivotal role.

The motto for the new Austria-wide JKU image campaign "We are young, we can" also serves as an urgent appeal to all young people - and those young at heart - to be curious, be critical, and ask questions.

Can we ask why sustainability is not always a priority?

Can we ask why AI tends to think like a rich, white man?

Can we ask what actually separates art and science?

The JKU, itself one of Austria's youngest universities, is directing these questions and more to the community, while simultaneously addressing a thematic focus on education and research as well as major issues and concerns of our time. The JKU launched the campaign in collaboration with Graz-based creative agency EN GARDE, an agency that pitched the bold and daring campaign back in the spring of 2021.

JKU Rector Meinhard Lukas spoke about why this adventurous campaign was well-received: "EN GARDE was the only agency that freely interpreted the briefing and perhaps this was the very reason we were impressed with their ideas. By being curious, we develop a drive to break down old structures and forge new paths. This campaign gives us an opportunity to pursue these ideas and get people to ask questions. This is part of a university's social responsibility and a cornerstone of knowledge and advancement. In the end, of course, it is also about addressing attitudes towards life and ultimately our students’ critical potential – as well as the critical potential of those who want to be university students. Issues such as the climate crisis and digital transformation are of tremendous importance."

Out and About with the JKU Critical Tram

The new image campaign displays are not only visible on posters and city lights throughout Austria, but there is also a specially marked tram in Linz. Approximately 40 school students from BRG solarCity and HAK Auhof joined six JKU scientists, Daniela Ecker (Environmental Law), Jörg Fischer (Polymeric Materials and Testing), Sabine Hild (Polymer Sciences), Wolfgang Schöfberger (Organic Chemistry), Ruth-Sophie Taubner (Chemical Technology of Organic Substances) and Veronika Wittmann (Modern History and Contemporary History/Global Studies), on today’s debut of the JKU tram. The school students and JKU faculty members spoke about alleged scientific facts in regard to sustainability, particularly in the faculty members’ respective subject areas. Students had to guess whether or not the presented facts were true or if they were ‘fake news’.

JKU Rector Lukas stressed: "Today, these school students not only had an opportunity to learn more about academia by means of a more playful approach, but they could also experience for themselves that in order to learn more, asking questions, being critical and engaging in dialogue is the key to acquiring knowledge and expertise. Education, particularly higher education, plays a pivotal role. This is why here at the JKU we support critical thinking, an interdisciplinary approach, and creativity. We ask questions and look for solutions together - students, faculty members, and researchers – on equal footing. This is the only way can we effectively confront and meet the opportunities and challenges of our time."

Facts about the "We're Young, So We Can" image campaign 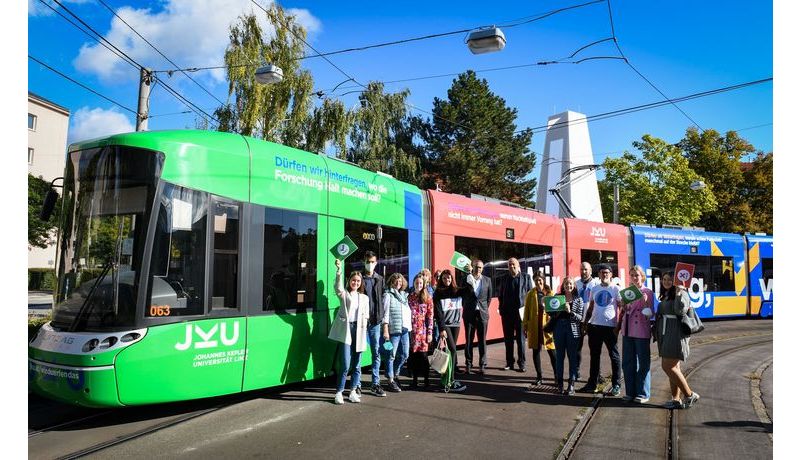 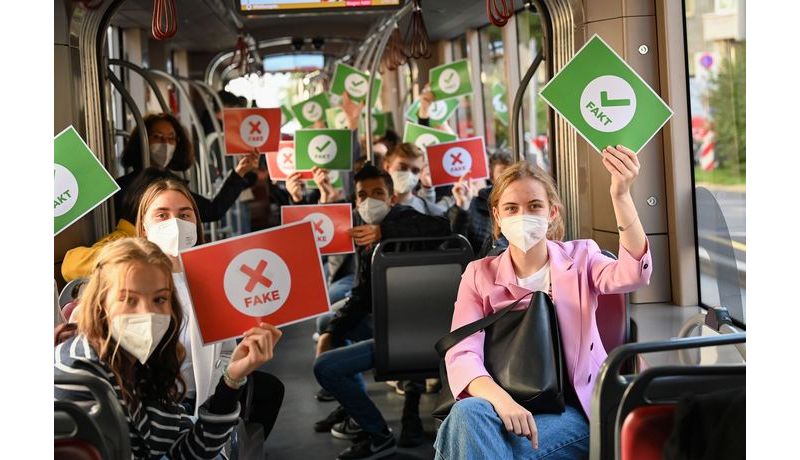 In the Critical Tram 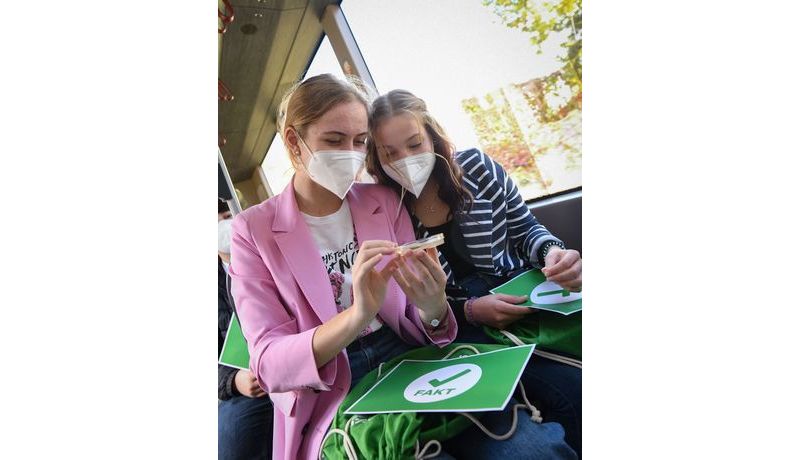 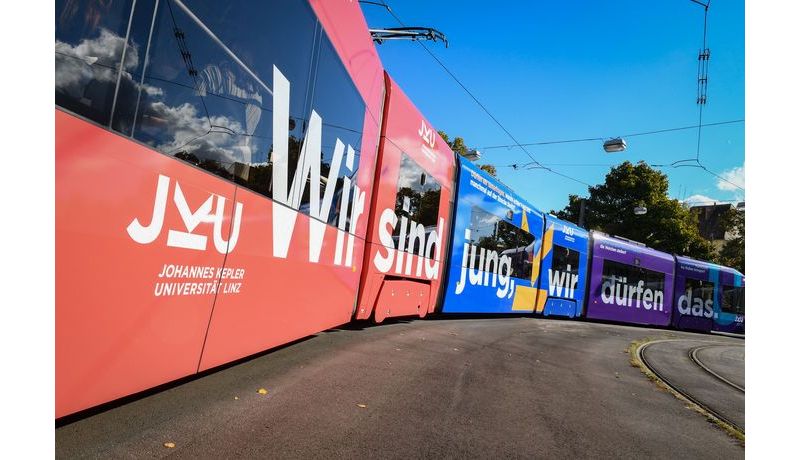 The JKU Critical Tram
Back to overview
scroll to top