The JKU Mourns the Passing of Prof. Hajo Riese

At the start of Hajo Riese’s academic career, no one thought he would become a founder of a "Berlin school of monetary Keynesianism". Even though he met Erich Schneider, a leading exponent of German postwar Keynesianism, during his studies and doctorate degree studies in Kiel, he still proved his understanding of circular flow and monetary policy issues. His dissertation focused on “structural problems of economic growth”. During the 1960s, he published work questioning (neoclassical) growth theory and then completed his post-doc/habilitation with Gottfried Bombach in Basel, writing a paper about the economics of education.

The Cambridge-Cambridge debate about capital theory then prompted Riese to not only draw a line under growth theory, but also critically revise theoretical foundations in various areas of economic policy in general. Only in this context and beginning in the mid-70s onward, Riese analyzed anti-inflationary policy between Keynesianism and monetarism and his work focused on Keynes. Riese did not directly follow the then prevailing post-Keynesian schools (Davidson and the "fundamentalists," Malinvaud and the rationing models), nor did he engage in textual exegetical speculation about "what Keynes really meant."
His starting point was more an original question of how theory could explain the way a monetary economy functions and he was primarily concerned with interest, meaning, explaining the return on capital. Following Böhm-Bawerk's critique of conventional surplus theory, the dominant view interpreted interest as resulting time preference and capital productivity, while accepting Keynes's references to speculative cash and uncertainty at best, as elements of disequilibrium constellations. Riese, on the other hand, aimed to explain the monetary aspect of interest rates in equilibrium, not based on the demand for money but on the asset owner’s supply of credit. Their reluctance to invest money is determined by the risk of capital losses and - during the investment period - by foregoing the liquidity premium of money. The pivotal difference to the neoclassical theory of interest rates is that credit - in the literal sense - is money lending and not exactly goods lending. In this regard, Riese follows the lines of Schumpeter who spoke out against an image of a money veil. Riese subsequently closes a gap in Keynes' work, who - due to his rejection of contemporary loanable funds theory - banned the credit market from his model altogether – thereby (and completely against his own intentions), weakened the explanatory potential of his "General Theory".

Riese's numerous commentaries about macroeconomic policy were always fundamentally along a Keynesian line but he always had his own twist. Often using harsh rhetoric, he argued against a "German neoclassicism" that - undercutting the analytical level of the international mainstream - regarded the real wage or the budget deficit as actionist policy variables, ignoring their endogenous determination in the market system. Early on, Riese emphasized the endogeneity of the money supply and the controlling role of interest rate policy. His critical remarks about the Bundesbank's policy were not so much the usual plea for a more employment-friendly monetary policy, but were aimed at the Bundesbank's failure to recognize the role of the Deutsche Mark as an investment currency and - following the Bank of England's example in regard to the gold standard - to place interest rate policy more in the service of exchange rate stability. He also believed the policy of export surpluses endangered this stability that had been the mainstay of the ‘German economic miracle’ but now, it could not provide the guideline need to support a mature, industrial nation. Conversely, he heard the "outsized laughter in mercantilist heaven" in the face of conventional attempts to use credit-financed imports to lead developing countries out of poverty.

As a result of continually engaging in the subject area, Hajo Riese's theoretical and economic policy positions evolved over the course of time. As a representative of a paradigmatic epistemology, he always contemplated the question of fundamental demarcation criteria between the various "dogmas" of economics. In methodological terms, however, he always remained an uncompromising adherent of what he called a "liberal market theory." He believed this meant postulating and describing market movements (as in the program of neoclassical general equilibrium theory) from an actor’s action choice through to price-quantity relationships. He was extremely skeptical of the demands for interdisciplinary expansions in economic theory; ideas, such as Keynes’ ideas that refer to psychological insights to analyze central economic variables, such as interest rates, were an outrage to him, and heterodoxy could almost be considered a ‘dirty word’.
Initially, Riese's (economic) policy position was quite similar to Keynes. Based on a liberal outlook, he analyzed the necessity and potential of macroeconomic regulation and control. Macroeconomic dysfunctions should not be primarily countered because of they identify with the interests of market losers, but simply because better policies could help avoid certain market issues. Riese, however, always expressed doubts about a decisionist economic policy; he did not believe that the economy could be controlled according to arbitrary objectives. In later writings, he even turned toward a kind of monetary regulatory policy that left only narrow leeway for fiscal policy.
As a result of his diverse activities in academia and university policies, Riese was also nationally well "networked" and accepted numerous invitations to conferences and symposia. His presentations and texts were always eagerly awaited - even if just because people expected unusual perspectives, original insight, and blunt outcomes - and they rarely disappointed. Whether or not he was able to convince the majority is another question. He himself did not seek to appeal to the majority. It was not his thing to compromise on issues of content in order to be able to forge coalitions in academic/scientific disputes.

Over a long period of time, Hajo Riese captivated several generations of assistants and doctoral students. He created a scientific microcosm that can hardly be imagined in today’s academic environment. Sometimes comprised of hundreds of pages, Riese's highly anticipated half-yearly drafts of his broad "Theory of Monetary Economics" written during the early 80s were always revised from scratch. The topics were often discussed late into the night and if - in addition to the students - the master himself took part and contentious points were exchanged during heated debates without regard to a person's rank or reputation, one could have even believed that discussions between Keynes and his "Circus" (with Joan Robinson, Piero Sraffa, et al. et al.) were similar. 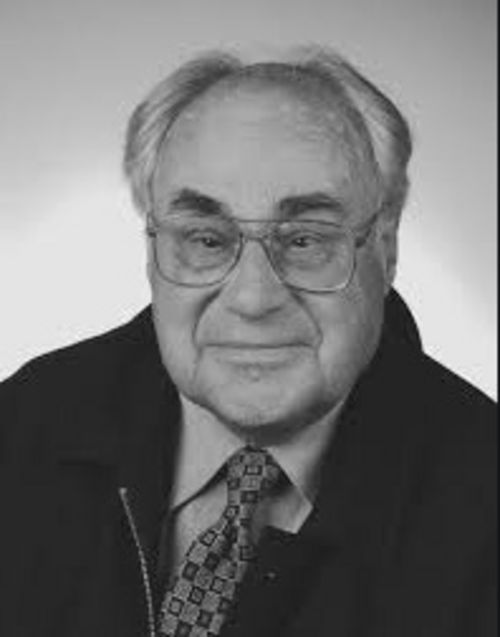